In 2014 when I started my nomadic lifestyle, I found myself in Italy, famed for it’s food and bored to tears with my options. Pizza, pasta, olives, cheese, wine and sliced meats. With so many foods named after the cities where the were invented, how could you not love the foods of Italy? I felt guilty, but underwhelmed at the famed flavours of the country.

First off, I’m not a wine or olive fan, so those two options were out from the beginning. Tough luck for me, I suppose. Sliced meats go great with cheese, but some were so exotic to my tastebuds that I couldn’t quite get used to them. Then there was the pasta and pizza. Both were fantastic in their own way, but after more than a week surviving on carbs, I felt like a bloated mess. I can remember posting on Facebook that I was craving vegetables as I hadn’t eaten any for what seemed like forever.

Italy’s one redeeming factor for me was it’s gelato. You simply can’t go wrong with Italian gelato.

Nearing the end of my trip to Italy, I found myself daydreaming about the food that I would have in Turkey. I had only ever eaten Turkish food a couple of times in Halifax, but had loved it. And, I was familiar with flavours from Lebanon and Greece as well. I couldn’t wait to leave Italy to go to Turkey and eat. Seems a little backwards doesn’t it?

Luckily for me, the food in Turkey did not disappoint and now, after my third visit to the country, I can honestly say it is home to my favourite food (in general) in the world. It beats out Thailand, Peru and Argentina which are all known for great eats!

Here are a few photos that should ignite your tastebuds! 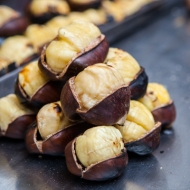 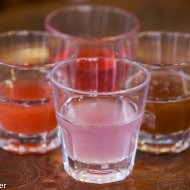 Sweet drinks made from Rose petals, Poppy petals and Tamarind.

Turkish tea on a rooftop

Sahlep by the fire 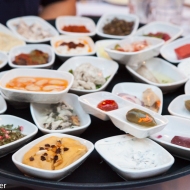 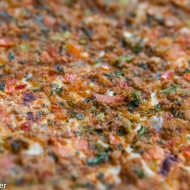 Cooking kokorec on the street 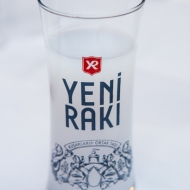